JUAN MANUEL MARQUEZ added a new chapter to his long-standing rivalry with Manny Pacquiao by brutally knocking out the Filipino.Having controversially lost two of their previous encounters on points and drawn the other, Marquez had promised to avoid the scorecards by stopping Pacquiao. 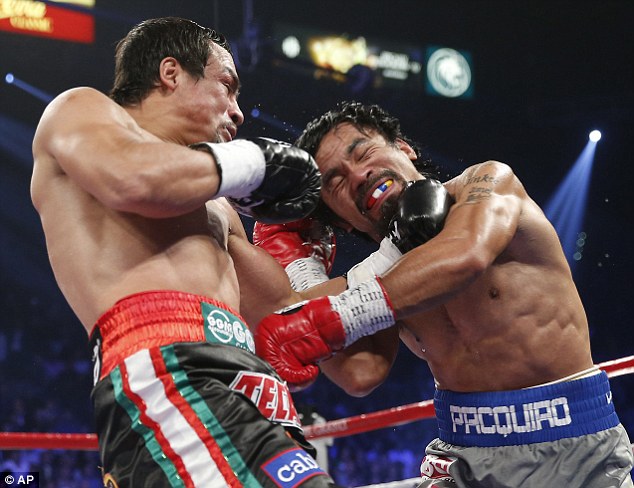 And he delivered in style at the end of the sixth round, landing a thunderous right hand to leave Pac-Man flat on his face.

Marquez, who also floored Pacquiao in the third before being knocked down himself in the fifth, said: “I threw a perfect punch.

“We always worked on that punch. We knew he was going to come out aggressive so we had a fight plan that was more technical.

“I felt he was coming to knock me out the last three rounds of the fight and I knew he was going to be wide open.

“We were able to capitalise on it.”


After two cagey rounds, it was Marquez who landed the first telling blow in the third. 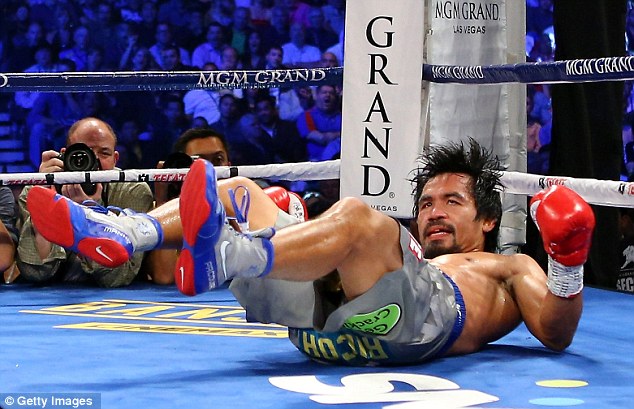 A right hand sent Pacquiao to the canvas and it was clear the man widely regarded as the pound-for-pound king had been rattled.

The bout raced along at a high tempo but it was Pacquiao who stepped up a gear in the fifth session, landing a big left jab to force Marquez to touch the canvas with his glove.

He appeared to be in real trouble again as Pacquiao piled on the pressure in the sixth.


But Pac-Man's charge came to a shuddering halt with just a second of the round remaining when Marquez stopped him dead in his tracks.

The 33-year-old spent a couple of minutes on the canvas before being helped to his feet and back to the corner.

And once his head had cleared, Pacquiao wasted little time in dismissing suggestions that it was time for him to retire.

He said: “I thought I was getting him in the last couple of rounds but I got hit by a strong punch. I never expected that punch. 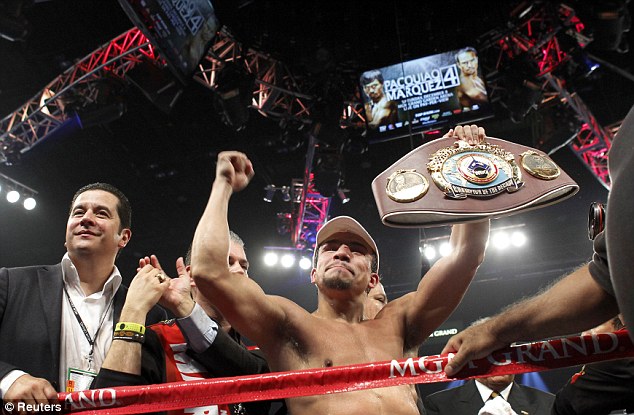 “I got hit by a punch I didn’t see and I want to congratulate Juan Manuel. I have no excuses. It was a good fight and he deserved the victory.

“To all my fans, I would like to thank you for your prayers and assure you that I am fine.