Uhuru Kenyatta has been declared the duly elected President of Kenya by the electoral commission.


Independent Electoral and Boundaries Commission chairman Isaack Hassan made the announcement at the Bomas of Kenya Saturday. 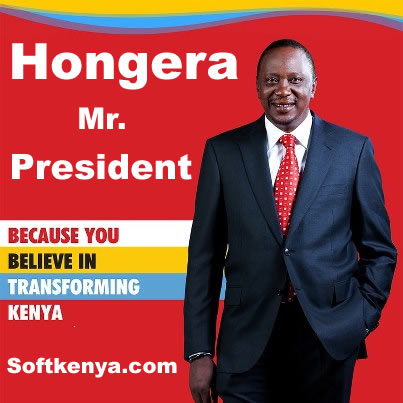 He said Mr Kenyatta had fulfilled the constitutional requirements after garnering 6,173,433 votes, representing 50.07 per cent of the total votes cast and getting 25 per cent in 32 of Kenya's 47 Counties.


Mr Hassan presented the certificate of presidential results to Mr Kenyatta to wild cheers from his supporters.


He was accompanied by vice president elect William Ruto and his wife Margaret Kenyatta, who is the First Lady designate.
at 7:08 AM