A sign from above? Lightning strikes Vatican hours after Pope's shock resignation

This was the moment lightning struck the Vatican today - hours after Pope Benedict XVI's bolt-from-the-blue resignation.

The lightning touched the dome of St. Peter's Basilica, one of the holiest Catholic churches, after the Pope's shock admission he lacks strength to do the job. 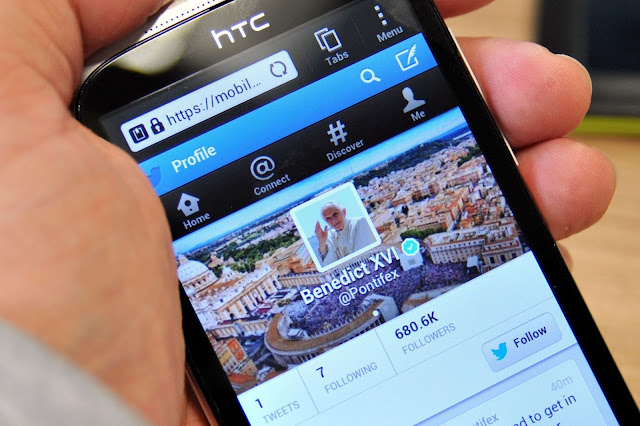 The Vatican stressed that no specific medical condition prompted Benedict's decision to quit -  the first pontiff to do so in 600 years.

The move surprised even his closest aides, even though Benedict, 85, had made clear in the past he would step down if he became too old or infirm.

In recent years, however, the pope has slowed down significantly, cutting back his foreign travel and limiting his audiences.

He now goes to and from the altar in St Peter's Basilica on a moving platform, to spare him the long walk down the aisle. Occasionally he uses a cane.

His 89-year-old brother, Georg Ratzinger, said doctors had recently advised the pope not to take any more trans-Atlantic trips.

"His age is weighing on him," Mr Ratzinger said. "At this age my brother wants more rest."

Benedict announced his resignation in Latin during a meeting of Vatican cardinals, calling it "a decision of great importance for the life of the church."

He emphasised that carrying out the duties of being pope requires "both strength of mind and body."

He told the cardinals: "I have come to the certainty that my strengths due to an advanced age are no longer suited to an adequate exercise of the Petrine ministry."
The Vatican will hold a conclave before Easter to elect a new pope, with Benedict holding great sway over who should succeed him to lead the world's one billion Catholics.

Benedict has already hand-picked the bulk of the College of Cardinals - the princes of the church who will elect the next pope - to guarantee his conservative legacy and ensure an orthodox future for the church.

There are no obvious front-runners - the same situation when Benedict was elected in 2005 after the death of Pope John Paul II.

Given half of the world's Catholics live in the global south, there will once again be arguments for a pope to come from the developing world.

When Benedict was elected aged 78, he was the oldest pope chosen in nearly 300 years.

He had raised the possibility of resigning if he were simply too old or sick to continue on, when he was interviewed in 2010 for the book "Light of the World."

"If a pope clearly realises that he is no longer physically, psychologically and spiritually capable of handling the duties of his office, then he has a right, and under some circumstances, also an obligation to resign," Benedict said.

The former Cardinal Joseph Ratzinger had an intimate view as Pope John Paul II, with whom he had worked closely for nearly a quarter-century, suffered through the debilitating end of his papacy.

The Vatican said immediately after his resignation, Benedict would go to Castel Gandolfo, a summer retreat south of Rome, and then would live in a cloistered monastery.

Benedict said he would serve the church for the remainder of his days "through a life dedicated to prayer."
at 6:16 PM