The hunky South African rugby player who may be the third side of the deadly love triangle involving Oscar Pistorius and his slain girlfriend is a superstar in his homeland. Francois Hougaard is two inches shy of 6-feet tall, but he is nearly 200 pounds of solid muscle and determination.

“Look, I’m not the biggest guy,” he said last year in a Men’s Health magazine interview. “But I put everything I have into everything I do. I play every game as if it’s my last.”

And while Hougaard sports tattoos on both arms and has a weakness for Harleys, he’s a clean-living health nut who works out obsessively and shuns fast food and liquor. 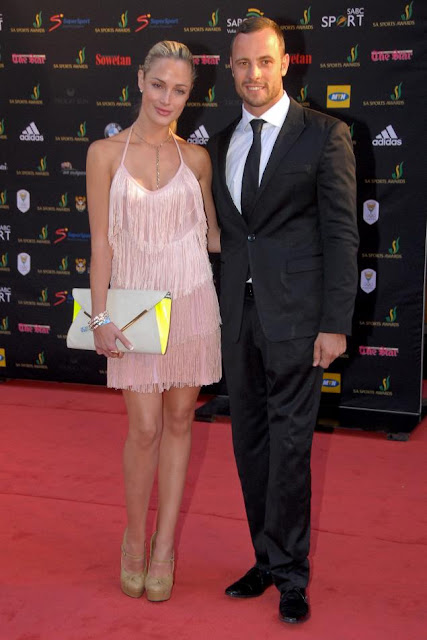 “If you look after your body, it’ll last much longer than if you smash it with alcohol and junk food all the time,” he said. Hougaard plays for the Blue Bulls, a team based in the South African capital of Pretoria, and also plays for the national team, the Spingboks.

In a sport famous for brutish men with broken fingers and missing teeth, the handsome 24-year-old Hougaard stands out beyond the pitch.

Hougaard parlayed his good looks into becoming a pitchman for Dermalogica skin and body care products. He also swears by SpiceBomb cologne by Viktor and Rolf.

Born in the small but prosperous city of Paarl in the scenic wine-making region of South Africa, Hougaard, like Pistorius, moves in the small circle of elite white athletes in the mostly black country.

And before Pistorius hooked up with blond bikini model Reeva Steenkamp, she and Hougaard dated. They even shared the same agent.

Hougaard and Steenkamp stayed friends and stayed in touch via social media — something police say may have enraged the jealous and controlling Pistorius.

Shortly before Steenkamp was fatally shot, Hougaard posted a picture of himself with his ex and Pistorius having meal out with friends.

“Happier times with special people,” Hougaard tweeted. “We all miss you so much Reevs."

Read more: http://www.nydailynews.com/news/world/rugby-player-dated-pistorius-girlfriend-article-1.1267145#ixzz2LJf7Ed8L
at 8:23 AM